I suspect many readers have not spent a lot of time on the SLIP government website.  The complex database works on overlays which provide valuable information such as water, transport etc.

There is one overlay which is hard to take seriously given its somewhat unscientific blanket coverage of all wetland areas. I am referring to environmentally sensitive areas (ESAs) which cover just about all land west of Brand Highway and plenty of other pockets in the Northern Valleys.

Gingin Private Property Rights Group president Murray Nixon is trying to repeal the ESAs in his petition to State Parliament.

Murray told a state parliamentary committee that many farmers were unaware that they were legally prevented from grazing livestock on designated sensitive areas given the classification system was snuck into legislation without adequate consultation.

“It snuck through without any debate at all,” Mr Nixon said.

The Standing Committee on Environment and Public Affairs last month took evidence from various parties including the DER (Department of Environmental Regulation) on whether Mr Nixon’s petition could be put to a vote in parliament.

Mr Nixon said he knew of three farmers who had been badly affected by the ESAs, including Lake Muir landowner Peter Swift, who after being acquitted of illegal clearing 14 hectares found that nearly half his property was ESAs and could not be used for grazing. “Of course Peter won the case but at the end of the day it has destroyed the man and the bank is about to foreclose on his property,” Mr Nixon told the committee.

Mr Nixon said going by the maps of ESAs of the Swan Coastal Plain, viewable on the department’s Native Vegetation Map Viewer, about 90 per cent of the best grazing country in WA was covered by the notice, making it illegal to graze on ESAs which also had 50m buffer zones. He said another case was where a farmer had a 40 hectare block with a few trees on it for shade, received a letter from DER saying unless he removed his stock from the “kikuyu paddock with shade and shelter” he would be charged.

Farmers can currently apply for a permit to graze livestock on sensitive areas. If land is already cleared then grazing is allowed. A single tree is exempt but a clump of trees for shade and shelter would require a 3-5 year permit for grazing. Speaking from a real estate point of view this creates more beaucracy and uncertainty when buying and selling farming property. This confusion is only exagerated by the inconsistent warnings. Despite 3000 to 4000 affected landowners  the (DER) has only issued seven warnings for clearing ESA’s in the past 10 years, most of them in Perth metropolitan area.

Liberal MLC Mark Lewis, who tabled the petition, questioned why the notice existed if it had never been used. “If you have never used it and probably never intend to use it, why not repeal it,” he said. “It is having no effect. It is not being enforced. It is causing concern and it is causing angst so why not repeal it.”
The committee is discussing whether the 2005 legislation should stand, be repealed or be amended. There is also an argument that any environmental restrictions should be publicised on a certificate of title so that land owners understand precisely what restrictions are on their properties.

We can only hope commonsense prevails and the 2005 legislation is repealed. We do not need more bureaucracy and uncertainty to “catch-out” those doing the wrong thing.  Surely education and peer group pressure encouraging best practice will achieve a far greater re-vegetation outcome than slapping an ESA on 4000 titles and managing a database of thousands of clearing permits. 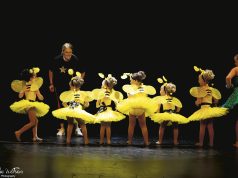 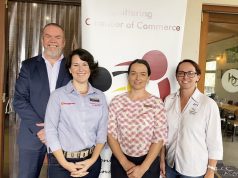 From quarantine to fringe world

Connection, conservation and creativity come together in community art project

Back to basics: dialogue punctuation