The water was choppy at the start with participants finding the seaweed a challenge, but persevering to finish the swim leg and transition successfully into the cycle leg. This proved difficult for competitors riding into the wind. They then transitioned into a beach run, which provided a good hard base except for the last 20m sprint to the finish in soft sand.

There were record numbers in attendance with a high number of teams, young children and masters competitors in the women’s and men’s categories with one young competitor requiring first aid after his transition from the bike leg to his run, but after a quick check up carrying on to finish the event.

Ziggy Edwards of Open Team Trifecta said, “The Shire of Gingin staff and volunteers did an amazing job to ensure the event ran smoothly and was an enjoyable experience for everyone involved

“The spirit of the competitors added to the atmosphere and it was fantastic to see so many children and seniors involved.”
In the short course, Bust Ups won the event in an excellent time of 22:21 as the first 16 and Under Team. They were closely followed by the Brown Crowes in 28:02, to finish the first Open Team. Melanie O’Leary was the first Open Female completing the short course in 31:22 with Joel McMullen just behind her as first Open Male in 31:35.

The first male competitor in the 13-16 category was Darcy Croucher in 32:23 with Angus McLean sprinting to the finish line in 32:24 to finish first in the 9-12 category, hot on the heels of Darcy.

The short course was completed by all competitors in under an hour showing the improvement of returning competitors and standard of all participants.

The Long Course Event was won by the first Open Team, Humbervich with an impressive time of 37:59, followed by the first Master Male competitor, Darren Powell in 45:05. The first Open Male was hot on his heels; Tim Jacobs finishing 3rd overall in a time of 45:42. Kyle Yewes was second Open Male, while fourth overall was Daniel Buds, finishing first in the 13-16 year old category in 45:50.

Petra Jerejian once again completed the Long Course as the first Open Female in an excellent time of 49:23. Kate Seymour finished first in the 13-16 category in 53:31 while Simone McClean finished as the first Masters Female in a time of 58:13.

The first 16 and under team, Hendovich, finished just over the hour in 1:04:02 and the Special K’s the first Masters Team in 1:04:46.
It was fantastic to see a such a high number of competitors in the Long Course resulting in personal best times and a high standard of competition. Congratulations to all those who competed on a successful event.

Shire of Gingin will be holding their next triathlon on 22 March in Gingn as part of their Summer Suite of Events. 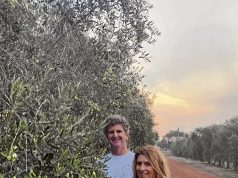 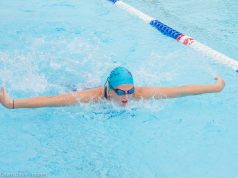 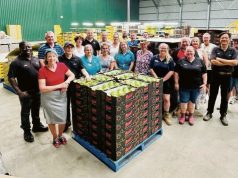