Homeless and struggling citizens of Western Australia are enjoying the fresh and nutritious citrus products of the region thanks to a partnership between Northern Valleys Packers and food rescue charity SecondBite.

For the second year, Northern Valleys Packers has been donating seconds produce rather than see it go to waste. SecondBite’s principal partner, Coles supermarkets, supplies them with many products but getting hold of enough fruit to meet demand has always been a struggle.

“When Northern Valleys Packers came on board it was incredible,” said Ian Brown of SecondBite. “It’s coming into winter and everyone needs to be loading up with vitamin C — they came in at the right time and gave us exactly what we needed.”

Damien Guthrey from Northern Valleys Packers says his team were eager to support the project after being contacted by SecondBite’s State Operations Manager, Lyndon Nilsson.

“After hearing about what SecondBite were doing for the community, and what they plan to do, we knew straight away that it was something that we wanted to get involved with,” said Damien.

“A lot of our seconds and third grades go to processing to make juice, but there was a percentage that went to waste, so it has been great to be able to assist those in need as well as reducing food waste.”

The partnership means recipients are getting access to the same high-quality produce straight from the packing shed – it’s about as fresh as seconds produce can get, and it certainly doesn’t look or taste “second” by any means.

“We are screaming some days for fruit and the produce from Northern Valleys Packers is just beautiful,” said Ian.

Damien says the positive benefits of actively participating in assisting those less fortunate has had a company-wide benefit.
“It’s a great feeling to be in a position to be able to assist those in need, and it’s a feeling that filters throughout the whole of our business — from management to operations.

“Being able to partner with SecondBite to support struggling members of our community means a lot to us. We would certainly encourage any other producers out there who are in a position to support SecondBite to do so.”

It is a feeling that is reciprocated at SecondBite. Ian says, “Northern Valleys Packers even deliver to us, which keeps our costs down, and the crew are fantastic. I really can’t say enough good things about them. They are such a great company to have as a partner.” 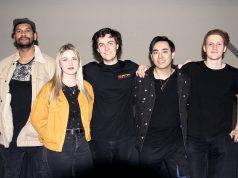 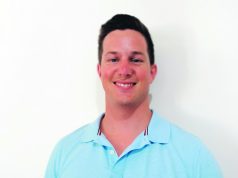 From quarantine to fringe world