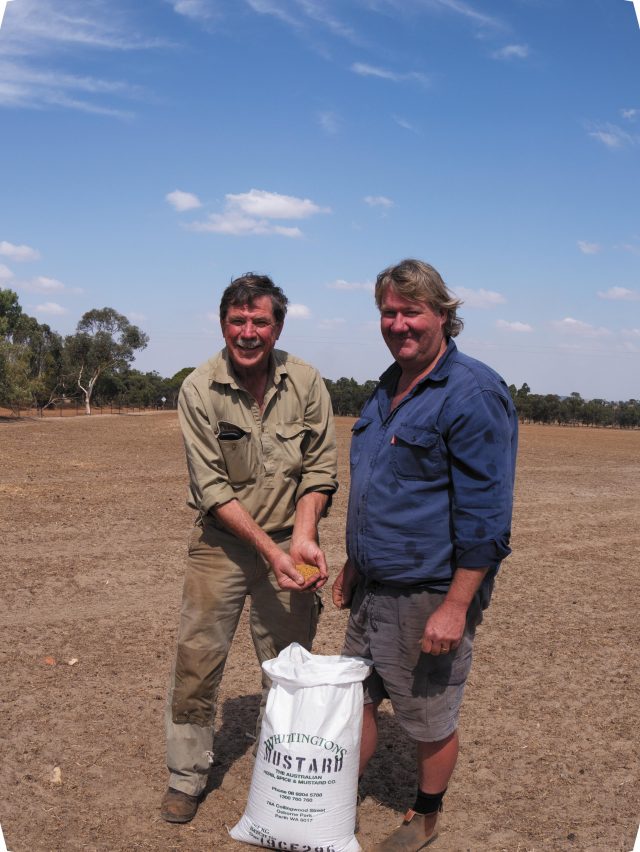 Just when you thought there couldn’t possibly be any more diversity in our locally-grown produce – here’s a surprise addition to our regional bounty… Mustard seed has been grown in Moora for over a decade, and moreover, it’s processed by a locally-owned company to produce a condiment with a 98% Western Australian content.

You’ve probably been buying the Whittingtons brand for years – their herbs, spices, mustards and essences are a trusted stand at your local supermarket, however you may not have realised the strong local connection.

Whittingtons is owned by Michael Braybrook, an entrepreneur whose commitment to supporting local growers saw him play an integral role in the launch of the Buy West, Eat Best campaign which rolled out in 2008.

Michael, who also owns Waddi Farm in Badgingarra where he spends most weekends, says he has always sought local growers for his products.

“We always look local first, and we are known as the only company willing to pay a premium for local products,” he says. “However we do have to price our products competitively in the market, so I won’t pay double!”

It’s a bitter herb to swallow, but in the tough world of super-cheap food imports, it can be ten-fold cheaper for food products to be flown halfway around the world than to buy locally, due to economy of scale coupled with cheap labour.

Its a conundrum which also bothers Moora grazier and grain grower Philip Gardiner, whose interest in closing the food chain circle led him to take up the challenge of trialling mustard seed almost 12 years ago.

“CSIRO were looking for people to try sowing an Ethiopian mustard seed,” he explains.”There wasn’t a lot of knowledge around, so we have sown it like canola – but really it doesn’t have the same agronomy!”
Despite the challenges of getting a good yield from the crop which is traditionally grown in West Africa or Canada, Philip leapt at the opportunity. “It’s really exciting to have something growing from paddock to plate,” he said.

“We know it needs a long growing season, and we’ll sow this year’s crop on Easter Monday to ensure it gets the longest period of moisture possible,” he said.

After harvest, mustard seed from the Gardiner’s property, Edale, is cleaned and husked at Australian Seed and Grain in Moora before traveling to Whittington’s factory in Osborne Park. All of it is bought by Michael.

“First we soak and pasteurise the seed,” explains Michael. “After we drain the seed, which swells in size, we mix it with herbs and spices to add flavour. Then we preserve it with a generous amount of white wine – usually a Semillon or Sauvingnon blanc – always from a Western Australian vineyard!”

The finished product reaches our local supermarkets as Whittingtons mustard, in a variety of flavours including the firey flaming chilli.

Amongst the shelves of products heaving with food miles, and tainted with questionable sustainability, here is a product unique in its simplicity and local origin. If you have unwittingly bought a French or even Eastern-States import in the past, here is a wonderful opportunity to support a product we can truly call our own.

How our regional business are coping… 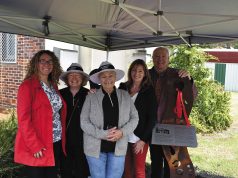 Ten years of service for Bullsbrook Residents and Ratepayers Association What is the Gardiner Street Arts Collective?

Welcome to WAAPA for Madi and Logan!

The Bold and the Beautiful

How our regional business are coping…

Ten years of service for Bullsbrook Residents and Ratepayers Association