It won’t come of much of a surprise to you that writers not only love books, but they also seem to love libraries. It doesn’t matter if they appear in books, movies, or TV shows, libraries have been portrayed as magical places for years. These are some of my favourite fictional libraries.

The Unseen University Library, Ankh Morpork
The Librarian is a favourite character in Terry Pratchett’s Discworld series, transformed into an orangutan in The Light Fantastic. He swings through the bookcases at the Unseen Library, terrifying anyone who dares disrespect his books or meddles with the nature of causality. The Library itself is magical, existing in L-Space, which is the concept that in large quantities all books warp space and time around them. This connects the Unseen Library to all other libraries that exist in space and time which is pretty damn awesome.

The Hogwarts Library, Hogwarts
Unless you’ve been living under a rock for the past twenty years, you’ll be familiar with Hogwarts, the school of witchcraft and wizardry that Harry Potter attends. The Library is the place that Harry and his friends frequent when they need to research how to defeat the latest evil entity threatening them and their friends (all of which could have been avoided if Dumbledore had just told them the facts up front). One of my favourite literary quotes references The Hogwarts Library: “Because that’s what Hermione does. When in doubt, go to the Library.”

Golden Oak Library, Equestria
Twilight Sparkle is the nerdiest pony you’ll ever meet in My Little Pony: Friendship is Magic. She not only loves books but she lives in a library that is also a treehouse. Childhood dream, much? Oh, and did I mention that there’s a telescope on the upper balcony? Seriously, when can I move in?

The Lux Foundation Library, Doctor Who
The Doctor and Donna visit a planet sized library in the episode Silence in the Library, which received a HUGO Award nomination and introduced fan favourite, River Song.
Paper copies of every book ever written were made for the Library, but within the forests chopped down for the project lived the Vashta Nerada (carnivorous aliens), who then infested the Library. The Doctor and his companions must fight for their lives but they’re not defenceless by any means — “You want weapons?” says The Doctor. “We’re in a library. Books are the best weapon in the world. This room’s the greatest arsenal we could have.”

As awesome as these fictional libraries are, real life libraries are even better so make sure you check out your local public library today. 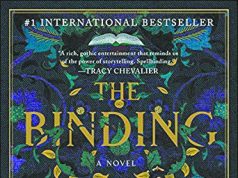 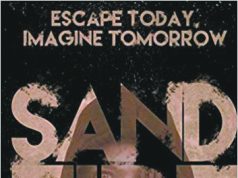 The Bold and the Beautiful

What a way to end the year!

A pub with no beer: New Norcia community devastated by sudden...